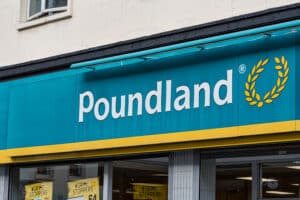 About 10% of Poundland products are no longer priced at £1, the discount retailer has said.

Poundland moved away from pricing everything at £1 in 2017 and now sells some items between 50p and £10 to take on rivals such as B&M and Wilko.

Its owner Pepco said sales continued to grow in the past six months despite the Covid pandemic.

Poundland and European sister firm Dealz saw like-for-like sales rise 1.4% in the six months to the end of March.

This was despite many of its stores being hit by pandemic restrictions.

Some shoppers were wary of going to shopping centres and High Streets where they thought the risk of infection was higher, the company said.

But Pepco’s chief executive Andy Bond said that the pandemic had given the group more confidence in the future.

“[After] a flurry of certain elements of society spending their savings that they’ve accumulated, post-pandemic almost certainly there will be some form of belt tightening from most people and therefore discounting will have another surge,” he said.

He said the last 30 years had shown discounting thrived following any economic crisis.

But he added: “We anticipate that the environment in which we operate will remain changeable and challenging in the short term.”

Poundland has 917 UK and Ireland stores.