After Duterte, the Philippines may get more Duterte 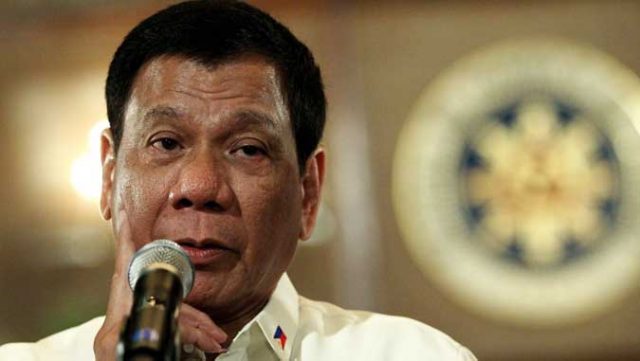 THE WAY things are taking shape in the Philippines, Rodrigo Duterte could soon be out — and back.

Barred by the constitution from standing again for the presidency, Duterte is preparing for life after next year’s elections from a position of unprecedented strength. He will almost certainly test norms well-established even in a country where personality and name have long mattered above all else. The anti-Duterte camp will cringe at the prospect of having a coarse, pugnacious populist around for years to come. Yet it’s the nation’s democracy and its coronavirus-battered economy that would suffer most.

Since strongman Ferdinand Marcos was driven from power in 1986, the Philippines has limited the presidency to a single six-year term to clip the wings of would-be autocrats. The unintended consequence is that leaders become lame ducks in their last years. Influence and popularity sink. Becoming the serving president’s anointed candidate is usually a guarantee of defeat. Only one, Fidel Ramos, has scraped in, with the blessing of the post-Marcos icon Corazon Aquino.

Duterte, by contrast, has remained consistently popular through a brutal but ineffective drug war, a painful inflation spike in 2018, a poorly handled pandemic, deep recession and now an unimpressive vaccination rollout. Despite taking a shot of China’s Sinopharm vaccine live on social media, the president is under pressure from Filipinos demanding Western alternatives. Official promises of at least 500,000 daily doses (across vaccines) to hit herd immunity later this year appear distant, with the country running at a quarter of that.

Yet last October, when the pandemic in this nation of 110 million people was already one of the worst in Southeast Asia, pollster Pulse Asia published a survey that put his approval rating at 91% — eyebrow-raising even with help from cash handouts for coronavirus relief. Data gathering has been impeded by COVID-19, but a survey done by a different outfit in March this year, as cases were surging, still put his support level at 65%. At a similar stage in 2015, former President Benigno Aquino III was at his most unpopular after his role in a disastrous mission to arrest militants on the southern island of Mindanao.

COVID-19 has had no such crushing effect on Duterte. It means that the showman president is well-placed to orchestrate what happens in next May’s polls, straining this fragile democracy even further. First, by pressing a continuity candidate into the Malacanang Palace, most likely his daughter, Sara. Then, potentially, by running for the vice-presidency himself. The shuffle would replicate a job swap that the pair carried out in the southern city of Davao, their power base, where Sara Duterte-Carpio is now mayor.

Duterte-Carpio has repeatedly said that she has no plans to stand for the presidency, and her father hasn’t officially backed her. Duterte has instead suggested that women are too fragile for the top job — on-brand but unconvincing, given that his daughter has rarely been coy about disagreeing with him and made headlines in 2011 for punching a local official. Never mind that the post-Marcos Philippines has already had two female presidents. Her father’s comments certainly won’t stop Duterte-Carpio from eventually being called to the national stage.

Dark horses tend to emerge late in Philippine politics, as Duterte pere did in 2016. But, with her powerful regional base and the right name, Duterte-Carpio would be hard to beat. Of course, others are vying for Duterte’s blessing and may run even without it. There’s popular boxer-turned-politician Manny Pacquiao, an ally likely to turn into a well-resourced star rival, Duterte’s former aide Senator Christopher “Bong” Go, and Ferdinand “Bongbong” Marcos, Jr., the former dictator’s only son. Other likely contenders include Manila Mayor Francisco Domagoso, who goes by his screen name Isko Moreno. Candidacies must be formally registered by early October.

Dynasties are common enough in the Philippines where politics is a family affair, but preparing a tilt at the vice-presidency breaks with convention — and arguably with the spirit of the constitution. Yet Duterte’s party has voiced the plan and he welcomed it as “a good idea.” The role has had little clout historically. Crucially, though, it is directly elected and allows two six-year terms — potentially keeping Duterte, now 76, shielded from legal action for years.

That’s key. Indeed, neither gambit is exactly a power grab, as Aries Arugay, professor of political science at the University of the Philippines Diliman, pointed out to me. It’s about protection — and that’s no small concern, given Duterte’s use of the judiciary to pursue opponents at home, and the International Criminal Court moving toward an investigation into thousands of killings during his war on drugs. The court tries individuals charged with crimes against humanity. As Arugay argues, pressure will also increase with a new US administration highly motivated to further a democracy-promotion agenda. Duterte drew closer to China during much of his presidency.

Favoring bombast over real achievements, Duterte has been testing the Philippines’ democracy for years. He sidestepped institutions intended to check his power, pursued opposition voices in the media, and weaponized the legal system. An anti-terrorism law passed last year broadens powers of arrest and detention, allowing his administration to more effectively silence dissent.

None of this is likely to help nurse what was once one of the region’s fastest-growing economies back to health. The government wants to see at least 6% growth this year, but the first quarter suffered a 4.2% contraction. Slow vaccinations mean the consumption that will fuel recovery is some way off. Unemployment is still high. Duterte’s big socio-economic promises, including an infrastructure push, remain unfulfilled. Tax reform has gone further, particularly in bringing down an elevated corporate rate, but is incomplete. And despite his attacks on powerful families, wealth is no less concentrated than before.

The scars of the coronavirus cataclysm will linger. Consider that one of the world’s strictest lockdowns kept youngsters at home for months on end — children and teens make up 40% of the population — with unequal access to education. The war on drugs has too long masked the need to counter the reasons people fall in that trap in the first place.

Whoever replaces Duterte has a lot to do to right the ship. He isn’t making it easy.