Reco Jefferson on the growing importance of soft-skills in 2021 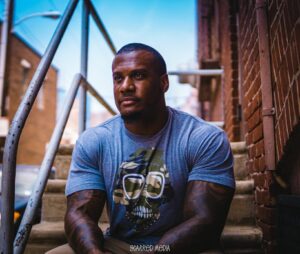 Most businesses today rely on paid marketing to promote their brand, whether they sell products or services.

While that is the standard, Reco Jefferson proved that that is not necessary by creating and growing his Amazon automation business without paying for any marketing.

Instead of using the traditional tactic of paying for ads, Jefferson combined the power of hard work and social media. Jefferson credits the success of his automation business with the content he created and shared. He focused on creating honest content that appealed to people on social media. Those efforts turned into promotion and are not something Jefferson takes lightly. When asked what his greatest success so far is, Jefferson said, “Probably it is my Amazon automation business. I was able to grow it without any paid advertisements and just putting out good ol’ fashioned honest free content on social media.”

Through his efforts to grow his automation business without paid marketing, Jefferson learned many of the lessons he now teaches others. His experience taught him that although he was able to achieve success without paid advertising, some companies may need to go that route. That said, they should still rely on his methods first, then use paid plans to fill the gaps.

Jefferson describes his approach to marketing as “putting out good, honest free content first on social media platforms and then using paid ads to fill in the gaps for people who may not know you just yet.” Jefferson’s experience also taught him the importance of learning the market and evaluating a product to see if it is necessary before pursuing a business idea. This is one lesson he now passes on to young entrepreneurs.

For Jefferson, the most rewarding part of his current job is the knowledge that despite growing up poor, he created a seven-figure business. That journey began with his young life, first in Mississippi and then growing up in Jersey. From there, he served in the Air Force before getting a degree from Penn State and working as a software engineer. While working to find funds, he drop shipped and built his Amazon automation business.

Jefferson’s success with his Amazon automation business despite not using paid marketing shows how important hard work and good habits are to success. In fact, Jefferson says that one of the keys to becoming a successful entrepreneur is showing up every day and turning that work ethic into a habit.

Read more:
Reco Jefferson on the growing importance of soft-skills in 2021