City of London suffers £2.3 trillion loss of trade due to Brexit in a single month 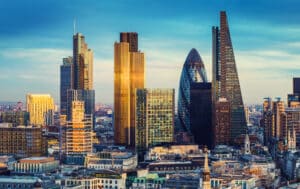 The City of London suffered a loss of £2.3 trillion in a single month in its lucrative derivatives trading market, with Wall Street trading platforms the ones that benefitted.

U.S. swap-execution facilities pulled in more trades across euros, pounds and dollars in March while London experienced an exodus compared to last July, while venues in the European Union also gained, according to an estimate by Deloitte and IHS Markit, reported by Bloomberg today.

Using the month of July to mark pre-Brexit activity, research shows that the percentage of euro-based swaps carried out on venues hosted by British platforms has dropped from 40 per cent in July to just 10 per cent in March, pointing to Brexit as a culprit.

The figures come only a few months after Bank of England governor Andrew Bailey warned that the EU would likely try to snatch away trillions of pounds of derivatives clearing from London’s major clearing houses in a series of moves that could threaten financial stability.

Since the UK left the European Union, the latter has blocked firms based inside the borders of the EU, from using London derivatives platforms – pushing most into the U.S. so they can continue to trade.

Only weeks ago, the UK said that Britain will scrap a rule inherited from the European Union that aimed to open the listed derivatives market to more competition, saying it was not appropriate to implement alone.

“We are only at the beginning of the post-Brexit story”, the head of Deloitte’s EMEA Centre for Regulatory Strategy, David Strachan, said.

“Brexit fragmentation has increased costs across banks’ European operations, at a time when the economic environment in Europe is already challenging,” he added.

“Whilst some capital markets activity has clearly migrated from the UK to the EU, there is no doubt that the UK remains the largest capital markets hub in Europe,” Strachan noted.

Read more:
City of London suffers £2.3 trillion loss of trade due to Brexit in a single month