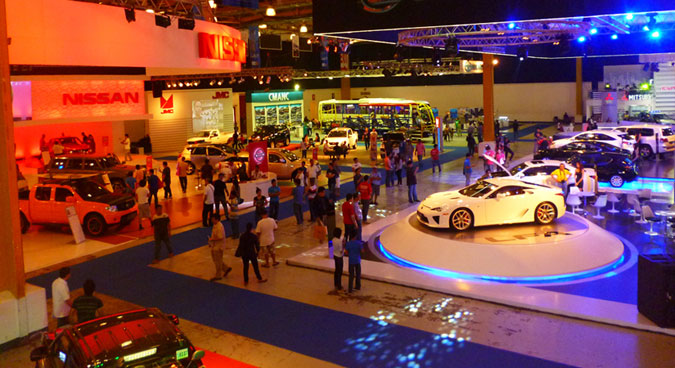 THE duties slapped on imported vehicles will delay the sector’s recovery and put jobs at risk, car manufacturers said, as they warned of other possible repercussions such as weakened trade relations and competitiveness.

The Trade department on Monday placed provisional safeguard duties on imported cars after its investigation showed that a surge in imports has hurt domestic manufacturing. In effect for 200 days, the duties will be in the form of cash bonds of P70,000 per passenger car unit and P110,000 per light commercial vehicle unit.

The Chamber of Automotive Manufacturers of the Philippines, Inc. (CAMPI) has been pushing back against the measure, saying that it would limit industry recovery from the effects of the pandemic. The industry group’s sales fell 41.6% as of November last year.

“[This] in turn poses risk of employment downsizing, not to mention government revenue loss,” he said in a mobile message on Monday.

Mr. Gutierrez said that the duties would also encourage the revival of the “grey market” or used vehicle sales.

“With much uncertainty, investments in dealer expansion and parts localization may be deferred,” he said.

He added that there could be regional production disruption in the short term, while a regional overall economic slowdown in the longer term is made possible by a chain reaction to other industrial sectors.

International trade relations, he said, could be weakened by potential retaliation from countries exporting to the Philippines.

The investigation on safeguard duties was launched in response to an application from labor group Philippine Metalworkers Association (PMA), which flagged a possible link between a surge in automotive imports and a decline in local employment.

Trade Secretary Ramon M. Lopez had said that the safeguard duties are being put in place to protect local manufacturing and prevent car companies from leaving the Philippines, noting that Honda Cars Philippines, Inc. closed its plant in early 2020. Honda now sells to the Philippines through its regional network.

Meanwhile, the Association of Vehicle Importers and Distributors, Inc. (AVID) in an e-mailed statement on Tuesday said that the duties could further dampen recovery for an industry that has been appealing for government support. AVID sales plummeted 42.6% as of October last year.

The group said that it does not believe import duties would attract investments and create more jobs in the Philippines, or improve the country’s manufacturing competitiveness in the region.

“The measure will aggravate the already anemic demand and make it harder for Filipinos to afford personal mobility with the projected price hikes,” the group said. AVID instead called for long-term policies that would improve ease of doing business in the country.

The duties will take effect 15 days after publication in newspapers on Tuesday. The case will be sent to the Tariff Commission, which will conduct its own investigation and public hearings.