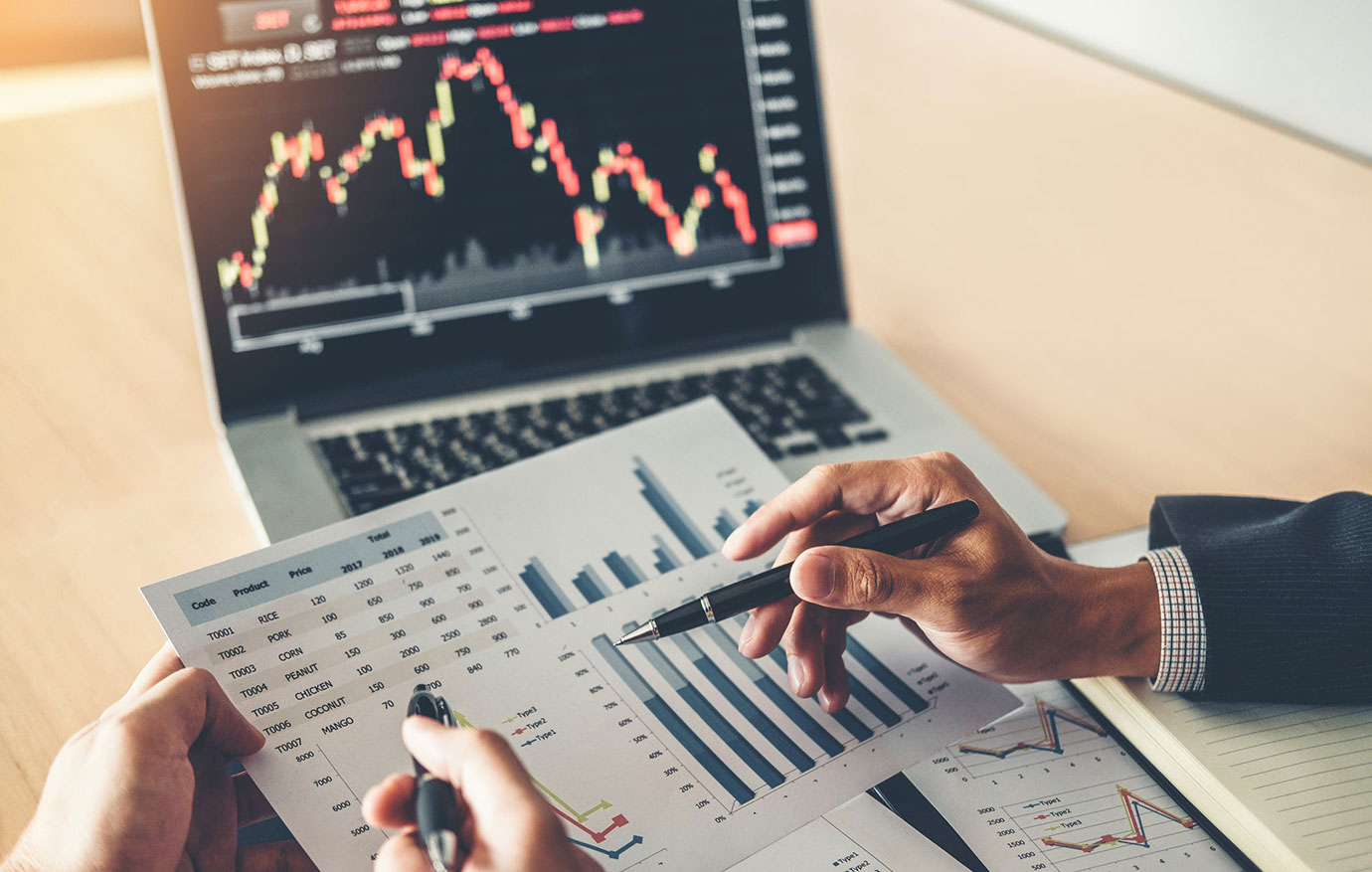 In a public address the other Saturday, President Rodrigo Duterte said, “Almost all soldiers have been inoculated. I have to be frank and I have to tell the truth. I will not foist a lie. The reason why is that they have to be in good health all the time because they are responsible for the law and order of this country.”

When asked in a radio interview where the decision to vaccinate military men against COVID-19 came from, Lt. Gen. Cirilito Sobejana, Commanding General of the Philippine Army, said, “Our President is our commander-in-chief. I should say it’s from the chain of command of the Armed Forces,” indicating it was authorized by the President himself.

That revelation by the President himself belied the sincerity of his avowed concern for frontline health workers, the poor, and the elderly and manifested once again his cavalier attitude towards the law and protocols.

National Task Force Chief Implementor Carlito Galvez had said that health officials were considering giving priority to frontline health workers in public and private health facilities, followed by the indigent, then the elderly when it came to getting the COVID-19 vaccines. The uniformed personnel are only No. 5 in the priority list.

Republic Act (RA) 9711 prohibits the manufacture, importation, sale, distribution, promotion, advertising or sponsorship of health products not authorized by the Food and Drug Administration (FDA). FDA Director-General Eric Domingo said on Dec. 28, 2020 that the President’s announcement caught him by surprise as no vaccine has been approved by the FDA for use in the country.

To handle the fallout caused by the President’s reckless announcement, his underlings went into a frenzy of damage control. However, their haste to disperse the deleterious effect of the President’s revelation wrought more damage.

To correct the impression that the President had gone against his word that he would give the health frontliners priority in the distribution of vaccines, and to free him from culpability of violating RA 9711, Presidential Spokesperson Harry Roque said, “No public funds were used that is why there was no deviation from the priority we announced to the public. Our priority remains the same — the poor, the elderly, the frontliners both health and otherwise.”

When asked if there was any violation of the anti-graft law by the Presidential Security Group (PSG) when they accepted the donation of COVID-19 vaccines, Mr. Roque declared: “I am a lawyer. That’s not absolute. Tokens can be received, those without much value, especially during Christmastime. I’m not arguing, but that’s what’s in the law.” The law states that unsolicited gifts of small value offered or given as a mere ordinary token of gratitude or friendship are not covered.

The President said, “almost all soldiers have been inoculated” and “they are responsible for the law and order of this country.” So, the PSG personnel were not the only ones inoculated.

He also mentioned Sinopharm as the source of the vaccine. The chief of Sinopharm says the vaccine costs less than $145 for a regimen of two doses. Let us assume the President meant soldiers belonging to the PSG only. Let us assume further that what he meant by “almost all soldiers” is 90%. The estimated size of the PSG complement is 4,000 plus. Ninety percent is 3,600. Therefore the vaccine administered to 3,600 soldiers is worth at least P25 million.

That is no ordinary token. And it could not have been given in the spirit of Christmas as the donation was made in September last year.

A state-owned company donating vaccines worth that much to PSG personnel raises national security concerns, considering Philippines-China relations are uneasy, to put it mildly.

When a number of senators branded as blackmail President Duterte’s demand that the US give at least 20 million doses of vaccine if it did not want the Visiting Forces Agreement terminated, Mr. Roque said it was not blackmail. He argued, “We need vaccine. You have vaccine, give us. You need our territory for the Visiting Forces Agreement, okay we will give that but if you don’t give us vaccine then do your VFA in countries that you had given vaccine. Isn’t that only right?”

If foreign relations is done on the basis of quid pro quo as suggested by Mr. Roque’s argument regarding the VFA, then the PSG must have given China something in return for the vaccine worth P25 million. The use of the PSG’s camp in Malacanang Park as the center of China’s communication network in the Philippines perhaps?

But if “almost all the soldiers responsible for the law and order of this country” were beneficiaries of the Sinopharm vaccine, the Armed Forces of the Philippines must have given more. The use of the military camps as relay stations for China’s network in the country perhaps?

As regards the decision to vaccinate military personnel, Mr. Roque said, “It must have been the decision of the commanders and the soldiers.” That statement implies that military commanders can take action independent of their commander-in-chief and in violation of the laws of the land. Such a situation gives rise to military adventurism like those led by a renegade colonel in 1987 and 1989.

When asked if the vaccine administered to the PSG men was smuggled into the country, Defense Secretary Delfin Lorenzana answered, “Yes, smuggled, because they were not authorized.” But he added, “It is justified … it will protect them so they will not be infected and at the same time they can protect the President.”

Imagine, the Defense secretary finding nothing wrong with soldiers assigned to guard the President dealing clandestinely with dubious characters such as smugglers. Can those soldiers be trusted to protect the President? Can Secretary Lorenzana be trusted with the defense of the country?

Interior and Local Government Secretary Eduardo Ano, who is also vice-chair of the Inter-Agency Task Force on Emerging Infectious Diseases, said, “There’s no need for FDA approval for that. These vaccines have its (sic) EUA in that originating country. If somebody would like to try that for personal consumption, I don’t see any conflict on (sic) the law.”

The cultivation of cannabis or marijuana has been banned since 1972 by virtue of RA 6425, or the Dangerous Drugs Act of 1972. On the basis of Secretary Ano’s reasoning, the cultivation of marijuana should be allowed if it is for the personal consumption of the grower.

In a text message to reporters, staunch Duterte ally Tito Sotto said, “I don’t think there’s anything wrong about that. There is no law that says you cannot take any medicine or vaccine that FDA has not approved. Last I recall, there is even no law vs. suicide. So what’s the fuss?”

Last I recall he made a big fuss about birth control pills. On Aug. 13, 2012, he told the Senate that birth-control pills taken by his wife Helen Gamboa in 1974 had led to the death of their son.

There was no law in 1974 that said a woman could not take birth control pills, whether approved or disapproved by the Bureau of Food and Drugs, forerunner of the FDA. If Ms. Gamboa became pregnant even after being on contraceptive pills, she must have been taking pills not approved of by the BFAD.

Just as there is no law against suicide, there was no law either against taking pills which could lead to the death of one’s child. So, Senate President Sotto, why the fuss, dramatized by unashamed weeping, in 2012?

But the most laughable attempt to clear the President of responsibility for the vaccination of soldiers with a vaccine not registered with the FDA and ahead of health frontliners was that of PSG Commander Brig. Gen. Jesus Durante. In an interview on Karen Davila’s Headstart, he intimated, “Actually, we were the ones who requested… for the vaccines. We acted independently without the knowledge of any other, especially the President.” He said he informed the President about the matter in October, after his men had been vaccinated. Strange that he felt obligated to inform the President of a matter he didn’t think required clearance from him.

He refused to name his source of the vaccines. “As I’ve always said, I cannot say publicly and openly about our source because it’s unfair to our source. It could be a person, a state, or a businessman, or anybody.” The source must be shady that is why he refuses to name it. He also said, “We soldiers vaccinated ourselves. It’s so easy. We are soldiers so we have to take risks to accomplish our mission.” But as experts in the US say, a person vaccinated can still be a transmitter of the virus. So, their vaccination does not necessarily protect the President…

That brings up Dr. Leo Olarte’s justification of the vaccination of the PSG men. DOBOL B sa News TV hosts Joel Reyes Zobel and Rowena Salvacion asked former Philippine Medical Association President Dr. Olarte when a doctor can administer medicine not approved by the FDA. Dr. Olarte who is also a lawyer, described three situations: 1. when the medicine the patient has been taking is not effective; 2. when there is no FDA-approved medicine available; 3. when the condition of the patient is terminal.

Asked subsequently if the inoculation of PSG men with vaccine not approved by the FDA falls under any of the circumstances mentioned. Dr. Olarte answered: “Yes, because it was to protect the President from the life-threatening virus.” That’s funny. The President’s condition was not terminal and the vaccine was administered to combat-ready soldiers.

Oscar P. Lagman, Jr. is a retired corporate executive, business consultant, and management professor. He has been a politicized citizen since his college days in the late 1950s.