Patient Story: The Combination That Helped Her Battle Lung Cancer 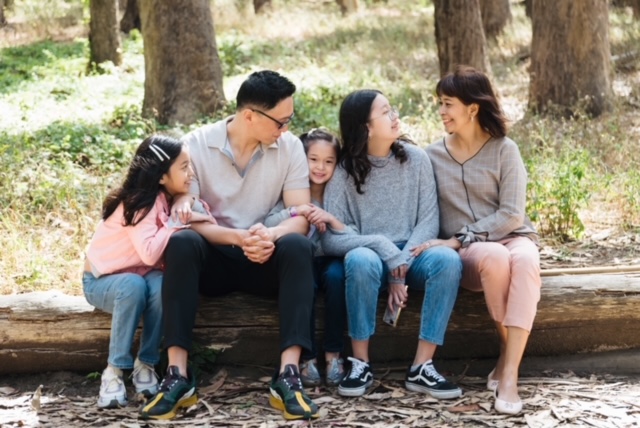 “The first thing that came into my mind was my girls.” This is what Vanessa Ong, thought of, when she learned she has stage 4 lung cancer. A young businesswoman, wife and mother of three, she has been living an active and healthy lifestyle prior to the diagnosis. She regularly goes to the gym, practices Yoga and Pilates, and consistently picks healthy food choices. As someone who took good care of her personal health and had no vices, finding out about her lung cancer caught her by surprise.

“I didn’t really have any symptoms, but looking back, when I would have a cough, it takes weeks before I get better. But I didn’t have any trouble breathing, so it was really an accidental finding. It was really a shock. I was in denial at first. I thought about my girls and what would happen to them if I don’t survive it.”

Breaking the news to her daughters, who were all still very young at the time of her diagnosis, was, according to her, the most challenging part of it all.

“The eldest was really very affected. She cried and she read the Chicken Soup for the Kid’s Soul and saw a story about cancer, and I think she really got affected.” This encouraged Vanessa to be more determined in fighting this battle. “I told them that I would really fight very hard and I will do everything to survive it. I will be strong for them.”

Vanessa underwent a gamma knife procedure for the brain metastases before starting systemic chemotherapy. Her treatments were first done in Manila, but she opted to be transferred to her hometown Davao, under the care of medical oncologist Dr. Arthur Lui, because she didn’t want to be far from her family. 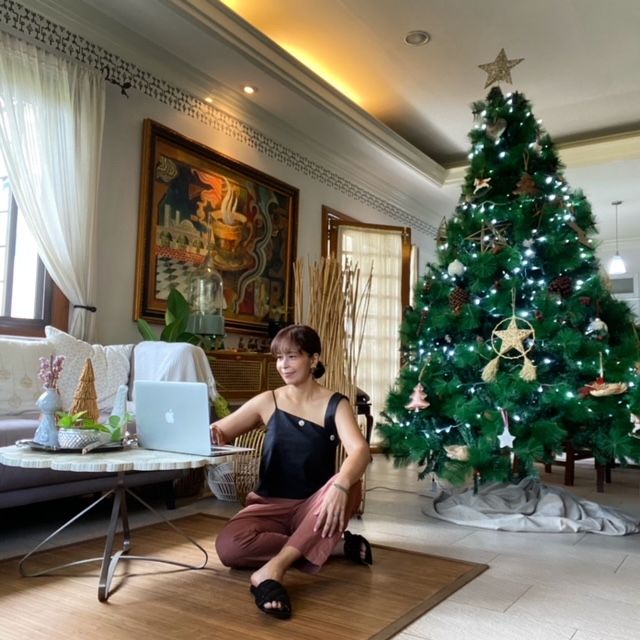 An improved quality of life

Dr. Lui shared, he makes it a point to recommend options to his patients based on two things: the treatment should be able to maintain or improve the patient’s quality of life and it should be effective–giving the patient the best chance to live longer.

Although chemotherapy was the mainstay of treatment for her lung cancer at the time, her oncologist thoroughly discussed to Vanessa the different options to be considered for her case. This included combining chemotherapy with an innovative treatment – immunotherapy. “This was the time when I talked to her about using immunotherapy. I told her about a study presented in one of the big conferences. The data said when we combine immunotherapy with chemotherapy, we will get that very good response to treatment, so I offered this [option] to her,” Dr. Lui shared. 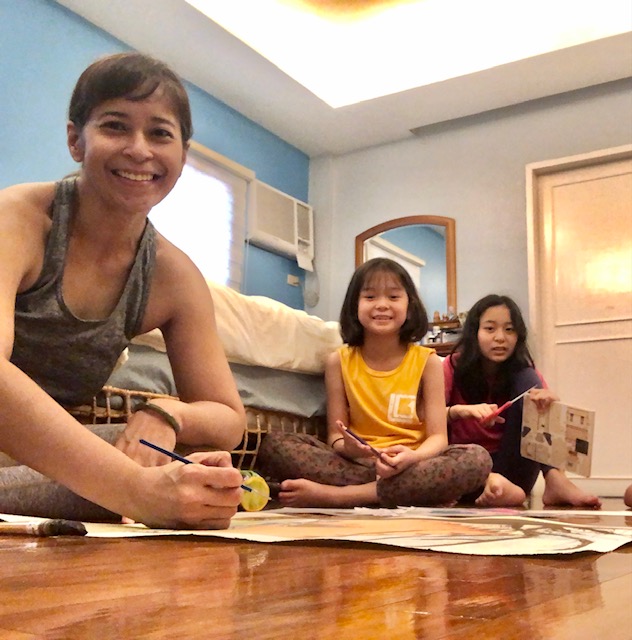 When asked how he explained this treatment option to Vanessa, Dr. Lui said, “I talk to Vanessa about the concept of immunotherapy – of how to activate one’s immune system to fight cancer.”

Immunotherapy is an innovative treatment option that strengthens the immune system – the body’s natural defense – allowing it to recognize and destroy the cancer cells.

“We were able to give her a treatment that was able to improve her quality of life. She was able to do her day-to-day functions, was able to uphold her role as a mom and run the family’s local business,” Dr. Lui said. Vanessa confirmed this and said the side effects of immunotherapy were generally tolerable which enabled her to live a normal life.

Vanessa put all of her trust in her oncologist. It took some time for their family to discuss the treatment course that her doctor suggested, but after a week of contemplating about it, she eventually agreed to push through with this course of treatment. Vanessa underwent combination therapy for close to 2 years before Dr. Lui decided to shift her treatment course due to developments in her condition.

Not just in Manila

Patients battling cancer can experience a lot of anxiety because of the uncertainty in their journey, said Dr. Lui. One of the biggest challenges confronting cancer patients is the financial access to support their medical condition. “Financial toxicity is really a concern. I always tell my patients to look for ways to try to augment the financial burden. I always offer them the options to talk to the agencies like PCSO and DSWD. I have patients on immunotherapy who use financial assistance from the agencies I mentioned.”

Dr. Lui also noted that innovative treatments like immunotherapy are accessible in other parts of the country, not just in Manila. “These are drugs that you can’t buy from your neighborhood pharmacy, but these are drugs that we arrange to get shipped and it’s available all over the Philippines.”

“A standard that I put on myself is that whether patients talk to me here in Davao or if they decide go to Manila, what I always want to achieve is that the standard of care we have here in Davao is world class. Whether you talk to me or you talk to a doctor in the US, it’s the same. People shouldn’t be deprived of these new treatments that are available.”

There is always hope

Vanessa said what keeps her going are her family and friends who are her support system throughout her journey. Her husband has been her anchor, and her children, her motivation to carry on, as she hopes to be part of the milestones in her children’s lives. “I really want to survive and be there for them when they go out and finish school. That’s what’s keeping me going and keeping me strong, just thinking of being there for my family.” 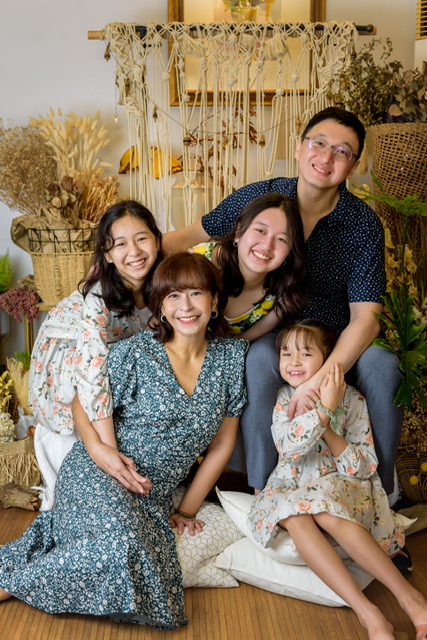 Vanessa’s battle against cancer also encourages her to live life to the fullest. “I try to enjoy everything and do everything I want to do. I grab opportunities, I join exhibits. I know that I have to do it right now and I don’t postpone it. I want to do things I that want to do right now.”

Art has always been a big part of her life. Even before her diagnosis, she was already a part of the Davao Watercolor Society, and she has been doing Ikebana with another group for almost six years now. While battling cancer, art has been a form of therapy for her and is a big part of her healing journey. It instantly lightens up her mood and makes her feel a lot better. It even strengthened her bond with her daughters as they do it as a family activity. Vanessa’s love for painting has grown so much since then that she plans to do a solo exhibit one day.

Vanessa also follows Hope From Within, a cancer advocacy program which aims to renew hope amongst cancer patients and caregivers that cancer need not be a death sentence, by spreading awareness, education, stories of survival and improved quality of life, and guidance as they navigate their cancer journey. This inspired her to share her own story of hope to the cancer community.

It has been a long and hard battle for the past few years for Vanessa, but it only made her into a stronger and more optimistic person. When asked about what message she wants to share with cancer patients who are going through the same thing, she says, “Just live life normally as much as possible. Do all the things that you love to do, and just keep a positive outlook. Remember, there is always hope.”