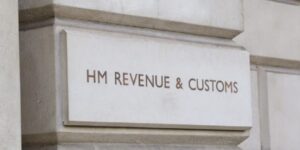 The return of HM Revenue & Customs’ preferential status when companies go bust will “scupper” a business rescue process that helped to save thousands of jobs during the Covid-19 pandemic, insolvency experts have warned.

Company voluntary arrangements are expected to be used less often after the partial return of “crown preference” yesterday, whereby certain tax debts move up the repayment queue in insolvency cases. VAT and payroll taxes now have priority over “floating charge” creditors and unsecured creditors, such as suppliers and pension funds. A company with large tax debts is now less likely to secure a CVA, since returns to unsecured creditors may be too low for them to agree to the process.

Tim Symes, a specialist in insolvency at Stewarts, a law firm, said that the taxman could insist on being paid in full in a proposed CVA, meaning that the plan “could instantly become dead in the water. HMRC will have gouged out such a large share from available assets that it won’t be worth unsecured creditors supporting it.

“If HMRC ignore it, then the whole point of a CVA — being to get a breathing space from creditors — is defeated.”

Mr Symes added that the government should heed calls from R3, the insolvency trade body, which has asked for crown preference to be suspended.

The Enterprise Act 2002 ended HMRC’s original preferential status. Experts said its revival had been driving insolvencies in recent weeks as lenders sought to have processes under way before the new rules came into force.