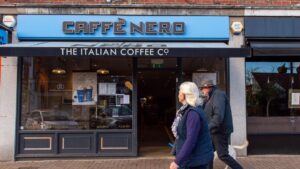 Caffè Nero could face a legal challenge despite winning backing from creditors to pursue a company voluntary arrangement.

The coffee chain’s plan was thrown into confusion by an eleventh-hour bid from EG Group, controlled by the billionaire Issa brothers. The approach was rebuffed, although it is understood that Mohsin, 49, and Zuber, 48, who are buying Asda from Walmart, remain interested. Under EG’s bid, landlords would have been paid in full for rent arrears during the pandemic, compared with 30p in the pound under the CVA.

Under insolvency law, creditors can challenge the outcome of such a restructuring plan within 28 days. Lawyers for EG Group have written to Caffè Nero to highlight the strong possibility of a landlord revolt.

Melanie Leech, 58, chief executive of the British Property Federation, said: “It can’t be right that a CVA is being used in this way, forcing property owners, many of them small independents reliant on store income for their pensions, to absorb such huge losses, when Caffè Nero has received significant support from government over the past several months and failed to engage adequately with property owners prior to its CVA launch.”

Terje Gilje, 59, a landlord owed £208,000 for a branch in Kensington, west London, said that he would join a legal challenge to the CVA. He said: “I think it’s outrageous that they didn’t delay. I suspect that you will find a group of landlords will gain momentum and will go ahead and challenge it.”

A source close to the CVA denied that there was poor landlord engagement. The group, which is using the insolvency process to switch to turnover-related rent, said that more than 90 per cent of creditors had voted in favour of the proposal yesterday, while it had the support of more than 80 per cent of landlords.

Caffè Nero said: “The approval of this CVA by the company’s creditors safeguards the immediate future of the business and provides a sustainable platform from which the company can navigate the challenges ahead and rebuild sales momentum.”

EG said that it regretted that “Caffè Nero’s creditors did not have an opportunity to consider our proposal fully, as we believe it would have delivered a stronger outcome for all stakeholders, including employees and landlords”.