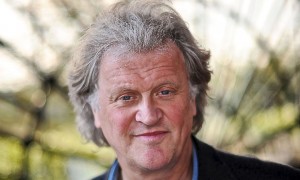 The boss of JD Wetherspoon today lambasted the regulatory regime governing coronavirus as “a complete muddle” as the pub chain reported a 28 per cent slump in like-for-like sales in the first quarter.

Tim Martin, the founder and chairman, said that the “constantly changing national and local regulations, combined with geographical areas moving from one tier to another in the different jurisdictions, are baffling and confusing”.

Wetherspoon has 871 pubs, of which 756 — in England, Northern Ireland and the Republic of Ireland — are closed. It has 64 in Scotland that are subject to a tiered regulatory scheme and 51 in Wales that have just reopened after a two-week “firebreak”.

Wetherspoons, which was founded by Mr Martin in 1979, sells cheap ales, breakfasts, lunches and dinners. At its flotation in 1992 it had 44 pubs. Today it has 871 pubs in the UK and Ireland employing more than 40,000 staff, although during the pandemic the group cut 108 head office roles and announced up to 450 job losses at its airport pubs. Last month it reported its first annual loss since 1984.

The outspoken Wetherspoon boss said that the initial regulations introduced in July following reopening from the first national lockdown were “carefully thought through, followed thorough consultation and were based on solid scientific foundations of social distancing and hygiene”.

However, the benefits of what he called the “regulatory hyperactivity” since then, including the imposition of a 10pm curfew, were “questionable”.

In the 15 weeks to November 8, like-for-like sales tumbled by 27.6 per cent, markedly worse than the 15 per cent decline in the first 11 weeks of the new financial year.

Mr Martin blamed the sharp fall in sales in October on the imposition of new restrictions, including changes in the tier categories, the curfew, a requirement to order all food and drink at the table and the mandatory use of face masks when moving around inside pubs.

He said that the hospitality sector was particularly concerned about the future timescale for ending supposedly temporary regulations. “Veterans of the industry will recall that the afternoon closing of pubs between about 3pm and 6pm was imposed in the First World War, to encourage munitions workers to return to their factories, but the requirement for afternoon closing was only abolished in 1986.”

Despite the tough trading environment and an estimated cash burn of £14 million during this month’s closure, he said that the group was in a solid position financially after raising £137.7 million through a share placing in April and securing a coronavirus loan of £48.3 million in August. “Liquidity is significantly higher and current liabilities are lower than before the March lockdown.”

Alastair Reid, a leisure analyst at Investec, said that the update could be the “dark before the dawn”, adding: “A vaccine could allow demand to normalise very quickly, underpinning the fundamental value of the business.”