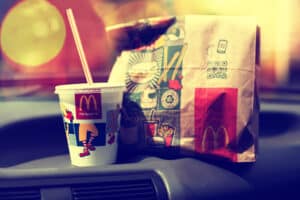 Downing Street has unveiled plans to implement a total ban on online junk food advertising – the toughest digital marketing restrictions in the world – in an attempt to tackle the growing obesity crisis.

While health campaigners have welcomed the proposed ban, which is now subject to a six-week consultation, it has stunned the advertising industry, which has called it indiscriminate and draconian.

The new rules, which go much further than proposals in the summer, would affect foods deemed to be too high in fat, salt and sugar. However, a range of foods, from avocados and marmite to jam and cream, could be caught alongside what is viewed as traditional “junk food”.

Matt Hancock, the health secretary, said: “I am determined to help parents, children and families in the UK make healthier choices about what they eat. We know children spend more time online. Parents want to be reassured they are not being exposed to adverts promoting unhealthy foods, which can affect habits for life.”

The tougher-than-expected rules came after Boris Johnson changed his view on personal health decisions following his coronavirus infection. Overweight people are at risk of more severe illness from Covid, or death. Research has found that one in three children leaving primary school are overweight, or obese, as are almost two-thirds of adults in England.

If implemented, the ban would affect digital marketing, from ads on Facebook, to paid-search results on Google, text message promotions, and social media activity on Twitter and Instagram.

“This would be a world-leading policy to improve children’s health,” said Fran Bernhardt, coordinator of the Children’s Food Campaign. “Online adverts have cast unhealthy food in the starring role for far too long. The current regulations are inadequate to protect children. Companies advertising healthier foods have nothing to fear.”

Breaches of the new rules would be enforced by the Advertising Standards Authority, which has the power to ban ads that break the UK code. The government said that if industry regulation failed, or advertisers flouted the new rules, stronger statutory penalties would be introduced, such as “civil sanctions, including the ability to issue fines”.

The industry said the ban was “severe and disproportionate”. In a statement on behalf of the UK advertising industry, Stephen Woodford, chief executive of the Advertising Association, said: “If this policy of an outright ban goes ahead, it will deal a huge blow to UK advertising at a time where it is reeling from the impact of Covid-19.

“To borrow the prime minister’s language, this is not an ‘oven ready’ policy, it is not even half-baked. But it does have all the ingredients of a kick in the teeth for our industry from a government which we believed was interested in prioritising economic growth, alongside targeted interventions to support health and wellbeing.”