Economy will have recovered from coronavirus by the summer 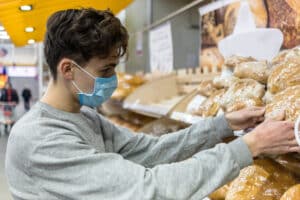 Economists have upgraded Britain’s growth forecasts amid hopes that Pfizer’s coronavirus vaccine will end the health restrictions that have hammered businesses and the economy this year.

GDP may return to pre-pandemic levels as soon as the middle of next year as life gets back to normal faster than many forecasters had dared predict. Those that produced a range of scenarios said that their “upside” projections now appeared more likely.

Capital Economics said that unemployment was likely to peak “at 7 per cent next year instead of 9 per cent” and that GDP may “rise to its pre-virus level a year earlier than otherwise . . . early in 2022 rather than 2023”.

Douglas McWilliams, chairman of the Centre for Economics and Business Research, said that GDP growth next year “might be double-digit or close to that” and may have recovered all the lost ground since March possibly “as early as mid-2021”.

Even economists who decided not to change their forecasts said that the vaccine presented “upside risks” to their projections. Oxford Economics is forecasting growth of 5.4 per cent next year in its “baseline” scenario, but 8.9 per cent in its “upside” one. Andrew Goodwin, UK economist at the consultancy, said that the vaccine “changes the skew of the risk profile, placing a higher probability on our upside scenario”.

Last week the Bank of England downgraded its 2020 forecast from a contraction of 9.5 per cent to a contraction of 11 per cent and for the recovery next year to be slower, with growth of 7.25 per cent rather than 9 per cent. It expected the lost ground since March to have been recovered by early 2022.

The Bank did not base its models on a vaccine being discovered and few economists imputed a growth path based on a miracle drug. George Buckley, UK economist at Nomura, said: “It’s certainly very encouraging news so could present upside risks to our view. The vaccine means there’s now a greater chance of a ‘step adjustment’.”

A vaccine raises the possibility of life returning to normal, encouraging people back into the shops and on to aircraft. Michael O’Leary, chief executive of Ryanair, the low-cost airline, said that it was the “first bit of sunshine we’ve had for the past 12 months”.

“There’s reasonable optimism now that summer 2021 will get back to some degree of normality,” he told an online conference a day after Pfizer said that its experimental vaccine was 90 per cent effective in trials.

Read more:
Economy will have recovered from coronavirus by the summer