A million of UKs self-employed are switching to regular jobs 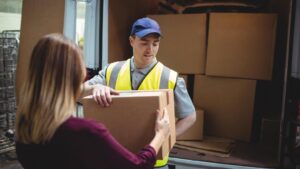 A million people in the UK are planning to give up being self-employed after seeing their earnings decimated by the Covid-19 pandemic.

Ahead of official figures on Tuesday that are likely to show a further jump in unemployment, a report from the London School of Economics found that a two-decade long trend in favour of more people working for themselves was under threat.

In the survey of self-employed workers, the LSE found that a significant number had suffered large drops in income and that many had missed out on the government’s income support measures.

The experience is turning them away from self-employment, with 59 per cent of those aged under 25 saying that they no longer wished to be self-employed.

Research from the Centre for Economic Performance at the LSE found that more than half, 58 per cent, had less work than usual in August, after the government lifted the first lockdown. A third of respondents had less than ten hours of work per week.

While many self-employed workers struggled to maintain their income, others were working more than usual. Almost a third of gig economy workers, including parcel delivery workers, had more work than usual in August.

The report found that only 28 per cent of respondents had applied for a second grant through the Self-Employment Income Support Scheme. Under the scheme, self-employed people with annual profits of less than £50,000 were offered a taxable grant worth up to 80 per cent of average profits for a period of three months to October 31, capped at £7,500.

The scheme has since been extended to April 2021. Although the Treasury has spent twice as much on the average beneficiary of the self-employed grant than on the averaged furloughed worker, support has been poorly targeted. A report by the Resolution Foundation think tank found that 17 per cent of recipients had suffered no loss of income, while many who needed it missed out.

The LSE report found that 38 per cent of those who did not apply for the self-employed grant believed that they were ineligible for the support.

Maria Ventura, co-author of the report, said: “Government support . . . has not reached all self-employed workers and the newly self-employed appear to be particularly vulnerable. Extension of support through to April 2021 and the recently announced changes further widen the gap between those eligible and those ineligible for SEISS grants.”

Read more:
A million of UKs self-employed are switching to regular jobs