Disasters, failure of governance are top risks to business

NATURAL CATASTROPHES and failure of national governance dominate the concerns for business executives in the Philippines this year, according to the World Economic Forum’s (WEF) “Regional Risks for Doing Business 2020” report.

In the survey conducted between January to July, business leaders were presented with a list of 30 risk issues and were asked to pick five they believe to be of most concern for doing business in their respective countries within the next 10 years.

In the Philippines, natural catastrophes topped the list with 54.5% of the country’s respondents including it in their list of five highest perceived risks in doing business — the second-highest response rate for this issue out of 130 countries, only behind Japan’s 75.3%. This is also way above the global and East Asia and Pacific (EAP) averages of 15.8% and 39.4%, respectively. 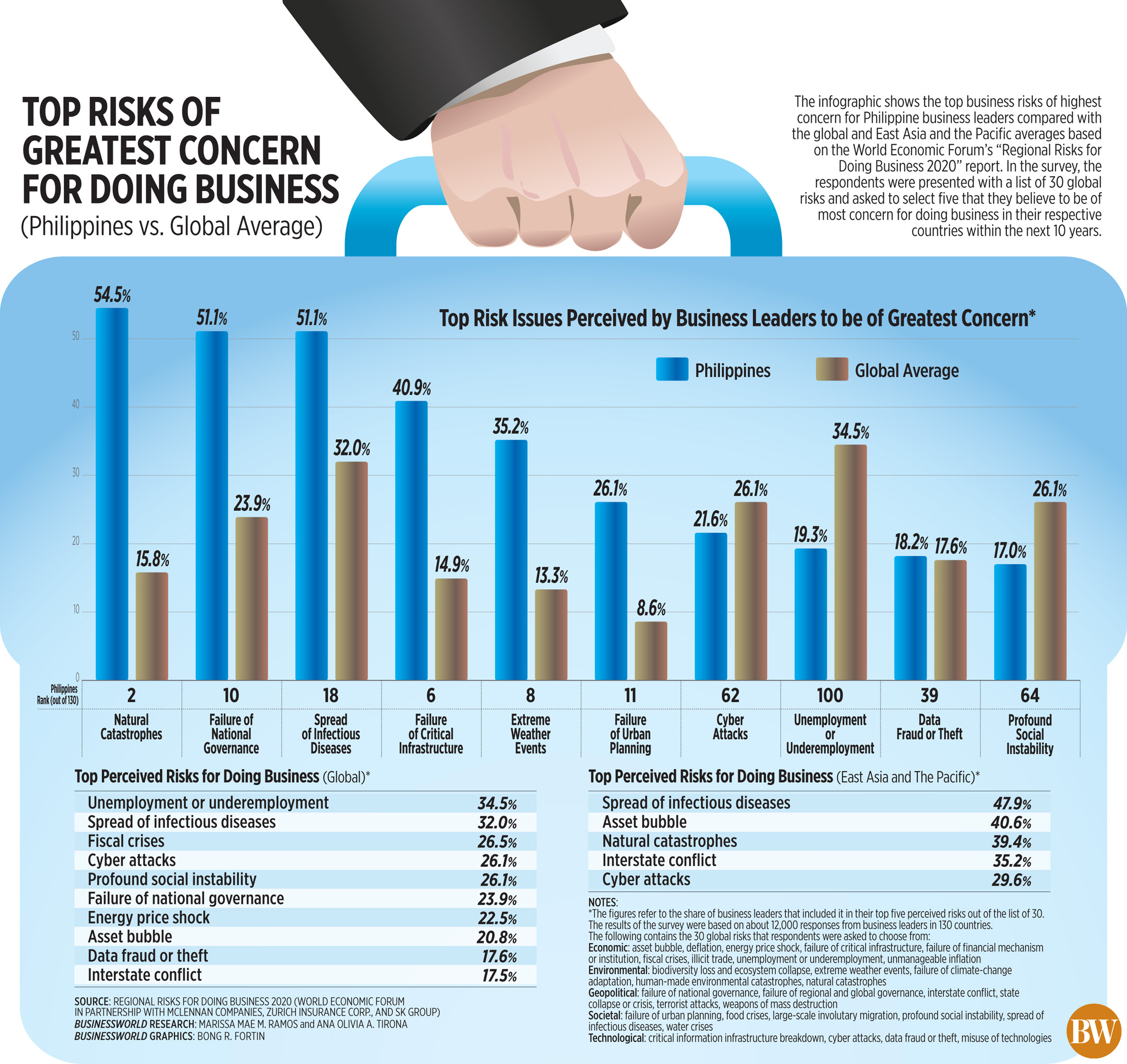 The Philippines is prone to natural disasters such as earthquakes, volcanic eruptions, and typhoons.

Key issues among Filipino business leaders differed from those at the global level, which had “unemployment or underemployment” as the top concern with 34.5% compared with the country’s 19.3% (100th overall).

Sought for comments, University of the Asia and the Pacific Economist Victor A. Abola said that the risks raised by Filipino business leaders are valid, adding that the public and private sectors should work together to address those risks.

“We need to spend more to minimize negative effects of calamities (but more is being done since Yolanda and now COVID-19), but failure of national governance is clearly a strong message,” Mr. Abola told BusinessWorld in an e-mail.

“However, more than NG (National Government), I think the problem is in the LGUs (local government units) whose officials do not have the national interest at heart,” he said.

The survey, which had about 12,000 respondents, was conducted by the WEF in partnership with US-based professional services firm Marsh & McLennan, Swiss-based Zurich Insurance Group, and South Korean conglomerate SK Group. — Ana Olivia A. Tirona